A View Lost to History

I first heard the sentence, “A view lost to history..” on September 11, 2001 when CBS News anchor, Dan Rather was describing the loss of the World Trade Center. Indicating that the particular view from the Windows on the World restaurant is forever lost. Every time I see this picture I think of that sentence.

This photograph was taken in 2019, maybe even in September, after one of those afternoon rain showers that clear the air of Houston pollution. The rain was so intense that many streets and parking lots were filled with large puddles. I came across this large puddle at The Silos at Sawyer Yards. It was inside of a covered area whose canopy framed the sky and the reflective puddled water perfectly. There is no Photoshop trickery in this image.

When I think of lost to history it brings to mind similar views which will one day be non-existent due to those politicians who are Hell bent on destroying the planet and everything in it for short term profits. It is the American way I suppose. You should enjoy this beauty while you can. 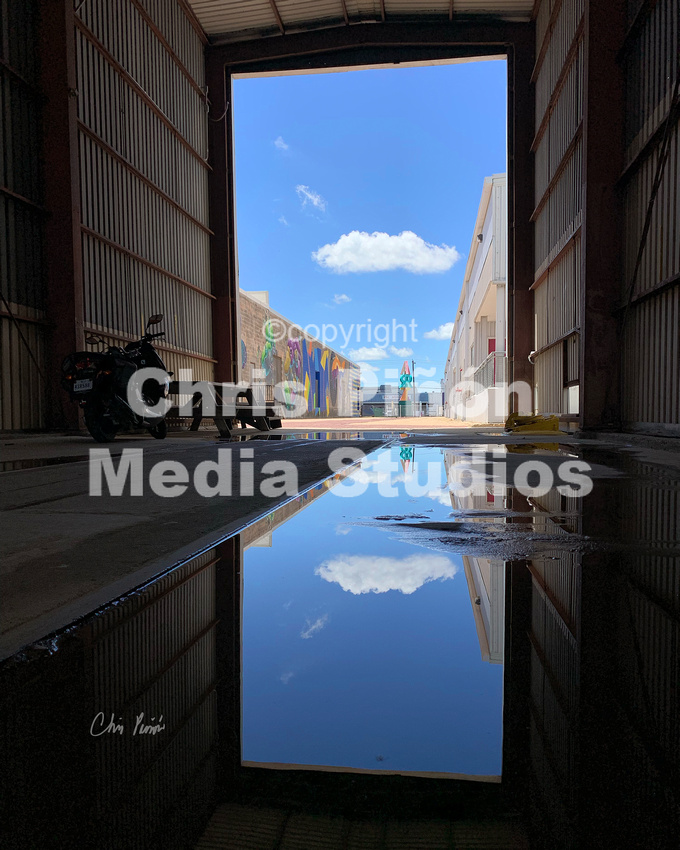